The year was 1984. I had just graduated high school and we worked part-time at a place called Roy Rodgers. I worked mainly in the back making chicken and cooking hamburgers. Lisa worked up front. She was mainly known as “The Drive-thru Girl.” We had just started dating, and decided to go see a movie with friends. There was still a drive-in movie theater in Montgomeryville back then, called Route 309 Drive-in. We went with another couple and I’m not really sure if that was a date, or a dating mishap.

We took two cars to go to this drive-in and I remember taking my ‘76 Chevy Malibu. I remember the car so well. It was my first car, but also it had no AM radio; it just did not work. The reason I remember this is we had to listen to our friends’ car radio to hear the sound of the movie. That was how this theater worked – through the radio. The funny thing about that night was the fact that the couple in the other car had to talk loud to hear each other over the loud radio. I remember his date saying, “No, Greg, you cannot do that.” Don’t know what it was he “couldn’t do,” but we heard that from our car.

The movie we went to see was Footloose and at the time of the movie release it was not a big deal to me until I’d actually seen the movie. To give you a better understanding of it, Lisa, my date, had just graduated from a private Christian school. I went to a public school but until high school had also attended schools like hers. To see this movie meant many things to us. Our upbringing was very similar to that of the movie. The town laws might not have been the same, but the churches we attended and homes we lived in were the same as the preacher you see on the screen.

Now in 2011 this same movie is being remade. To those of us who lived the very things on that screen, or maybe to those who lived in the town of Elmore City, OK, it’s tough for us to see this in a modern day story. After all the release of the original movie was just four years after the end of this law in Elmore City. While talking with many friends I have heard different reviews, and as of the writing  I still have not seen it, and I’m not sure if I’m going to see it in theaters or wait till it’s on DVD or cable.

I started to think ways they could tell this story with a modern day twist, but then I realized where I grew up in Pennsylvania probably hasn’t changed much. I bet some of the small towns and churches still forbid kids to have things like a school dance. I know many of the folks who have connected with me on facebook are still not sure how to take the fact that I teach motivation, and life change with things like rock music, movies, and American pop culture. To them it is all a forbidden place to go. So this is a story that needs to be told.

In my life I have learned that there are lessons everywhere if you just look for them. Yes, each generation will face the same challenge, maybe in a different way. So maybe this is a good thing, an entire new generation will have a story of a date like I did, or a prom they got to go to. Whatever yours is, savor it. Life is short; dance, celebrate, live in joy, and Rock On.

I’m Tim Gillette, The Rocker Life Coach. It’s time to live the life you always dreamed of, to love what you do and those you share life with, take time to dance and become a RockStar in your world. 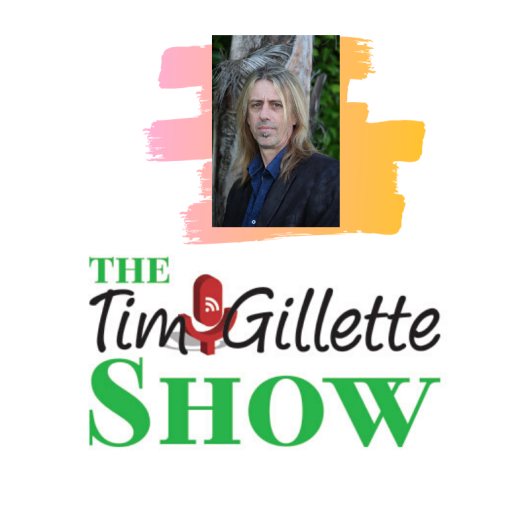