In a day and age when there is a seemingly endless list of “reality TV” to watch, we get to see some things that are definitely not reality. I often tend to knock the “reality” TV genre, but I was thinking about entrepreneurs and reality TV while talking with my friend and on-camera expert, Sandra Dee Robinson, on the radio show yesterday.

We all know the RockStar reality show featuring Gene Simmons and his “family jewels.” Gene is one person who there is no doubt is an entrepreneur. He is up-front about the fact it takes money to build a business.

In the reality TV world, so many people get caught up in what these stars are doing with their day-to-day lives. We forget the fact that some of them learned to monetize their fame to capitalize on their fame for the long term.

Gene Simmons has been doing that for years. KISS has everything from action figures for kids to a KISS casket to be buried in. They were building the world of promotional products long before the reality show hit it big.

But let’s look at some other reality stars. The Kardashians have a great following. I don’t follow all that they do (no, I’ve never watched them or followed what they are doing on the news), but I do know they have built a huge business out of their lives and TV show(s). I hear a lot of people put down what these women are doing, but let’s be honest: they have built a great entrepreneur empire and many people wish they could copy that success.

People are recognizing that I am an entrepreneur and do more than just appear on a reality TV show. ~ Kim Kardashian

We can all take some lessons on building a world for ourselves if we stop and take a look at what these stars are teaching us with their actions. To be a successful entrepreneur, you must do more than watch the headlines of the pop world. Look at the way these people got to where they are.

The reality of both of these stars, Kim (along with her sisters) and Gene, is they learned to build a world that makes them successful; they have learned to take advantage of opportunities through hard work. Both of them will succeed far past the reality shows they are on.

In our world with Internet, social media, blogs, and video, it is easy for a person to build an entrepreneur venture and become successful at almost anything in no time.

As we are preparing for our Rock ‘n’ Roll Success Summit next week I have been working on a new coaching program to help entrepreneurs go from nothing to something using the internet. We will launch this program and talk about it at the Summit.

Take today’s hard fact to heart: in reality we all can create our own world. I hope this week you learned that with some work, a great attitude, a desire, and a commitment to learn in all you do, you can create your world of success and live your RockStar Dream.

I’m Tim Gillette, creator of the Rock ‘n’ Roll Keys to Business Success. It’s time to unlock your dream and make some changes to love your life again. Are you ready for Rock ‘n’ Roll Success in your world in 2013? 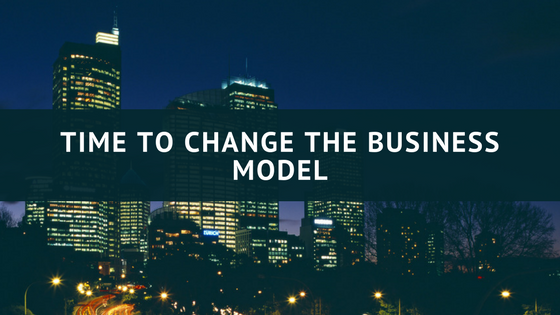