I want to wrap up our week of entrepreneurs with some of our youngest success stories that so many of us seem to talk about now. Each person we’ve focused on this week started at a young age working towards ideas, goals and dreams to set up their future success. Some achieved success on the first try. For some, it was later in life, after a few setbacks, that they got a company going.

Each of them were entrepreneurs at an early age. Today we are going to focus on not just one but two entrepreneurs. The reason I included the two is they are both associated with the same company, and at one point in time actually worked together. The two men I am going to mention today both were involved in the biggest social network in existence, Facebook.

First is Mark Zuckerberg. Mark, of course, is the founder, the man behind the creation of Facebook. This creation that was born in his dorm room at Harvard in the winter of 2004 started with an idea to build a site that would connect the students at his college. He then took it to many other schools across our country and beyond. Many ask why it is that Facebook became number one. When it was created there were others already out there: MySpace, and Friendster come to mind. But they are not top dog anymore and Facebook is clearly the leader in this arena…for now.

The second person I would like to meet in this world of social networking is Sean Parker. Sean was involved in much of the growth part of Facebook, and in each and every YouTube video I watch of Sean he focuses so much on people connecting on social networks. He also has the wealth of knowledge it took to build it – not so much the programming part but understanding the whole concept of what social networking could become. Sean has been part of the creation process of many internet companies. Yet, even when you look at Napster, which revolutionized the music industry after setting it on its heels, his biggest success arguably is Facebook.

Why do I want to meet these men? I would like to visit with Mark to get an understanding of what his world was like when he was in that dorm room at Harvard building the concept, nursing it from a very general idea to what it is today. Based on what I’ve read, money doesn’t seem to motivate him and yet he is one of the youngest, wealthiest men on the planet. I’d like to see if I can find out what does motivate him and understand that passion. I want to know what it was like to go through the lawsuits he faced after creating Facebook and what it was like to actually hear people working to take away what he was part of.

Much of what I know about Mark Zuckerberg I learned from the movie, The Social Network, which I love and have watched too many times to count. Of course, I know that is a fictional account, not the real Mark Zuckerberg. I want to hear in his words what the true story is. I want to hear from him how his mind works now to keep his world moving, ask him about what keeps him at the top of the game. I’d like to ask him questions that he cannot answer for a news crew about his life and times.

Why do I want to meet Sean?  He has been part of so much that has changed our online world over the past ten years. When you look at the websites and social pages that changed the way we share information and get ideas, Sean was part of many of them. Look at how our music world has changed. It was Napster that changed the industry to ultimately bring us to an online music store. Sean is an entrepreneurial thinker when it comes to the internet. He seems to believe in what he does, and is willing to live with the results of it. It seems that he has lived ups and downs. Most of you probably think he is rich, but I’m sure he has money issues like the rest of us. But I’ll bet he is still making choices to build a better world on the internet.

Some of the people we focused on this week everyone knows about; just about everyone would want to meet at least one of them. Some want to be involved with them for the fame, or to see if they could get an investment for their own venture. Some may want to ask for an idea, to ask for a partnership. But each and every person we talked about this week has one thing in common. They were all willing to risk in life, and all of them risked things I was not always willing to. Some gave up the fame and worked just because they believed in a dream. They moved and acted on ventures when there was not much hope in it.

I am an entrepreneur and have been all my adult life. I believe we need more entrepreneurs to create more ideas. Whether you are a business owner creating the idea, or you work for a company and create an idea to make your company better, we all need to be in a creative mode to make our world get better. It would be difficult for me to sell my bike to start a new venture; I haven’t always had an easy time pushing to show a boss my idea about where we could take a company, or leaving to start another company when the chips are down. I haven’t always been a person who was ready to take training courses to learn new skills; I won’t ever be someone who could write code to make a computer website work.

But now, after many years, I have found out how to dig deep within myself and make the sacrifices necessary for my business, so I can pursue my dreams and goals. And I have found that, when I have made those sacrifices for a venture that was well planned and well researched, I have attained that success that eluded me before I was fully committed.

My specialty isn’t writing computer code; it’s helping others to build a better life after a crash; helping them start over. I can help you get the ideas you need to build your life or business again.  So I’ll keep building my own business, my own dreams, and each time I get to sit with an entrepreneur and have lunch or coffee and get ideas I will. When others need it I’ll sit with them and do the same.

I’m Tim Gillette, the Rocker Life Coach. It’s time to live the life you’ve always dreamed of, to love the people you share your life with and to become the RockStar in your world. I’m ready when you are. Contact me today and let’s get started. 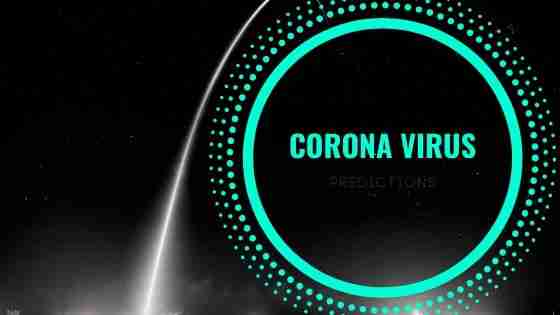