It’s Friday and we are going to close out this week’s theme of “Screw-Up to Success.” I want to use this day to talk about one of my heroes in life. Each time I search for information about this story or tell it to someone, it always grabs on my heart strings.

Many ask how I come up with the motivating ideas and stories that I use. Well, they started with three things in my life: I love rock music; I love movies; and I love American pop culture and things that just say “America.”

Well, this story starts with a man who, in 1979, took the auto racing sport by storm. He was the Nascar rookie of the year. Dale Earnhardt came on the scene of motorsports and quickly became a star. The next year he would win his first championship in Nascar. He followed with six others over the years. He became the sport’s biggest star and most respected racer.

Dale had one challenge that kept him going for years. Every February, the Nascar season begins with its biggest and best-known race, The Daytona 500. Dale wanted to win this race, but each year it seemed to get away. Something would happen, from car troubles to poor planning on things like fuel use, and although he might come close to winning, he couldn’t pull it off.

From 1979 to 1997 — 18 years — that race got away from him. He was the Nascar champion seven times and tied for the record with one other racer. But he never won this race. And the story gets better.

The same track that this race is run on hosts other races and Dale would run several races on that track over the years. As a matter of fact, it was his most-winning track to race on. But in the one big race of the year, the Daytona 500, he would always fall short.

Then, in 1998, Dale finally won the Daytona 500. I only wish I could describe the respect that was shown by the field of drivers that day as Dale came back into the pit area headed to Winner’s Circle. Every person from every pit crew came out to pit row to shake his hand or give him a high-five to congratulate him. Everyone in the sport knew how long he chased that win; they all felt like they won that day. It was a great victory for what was the sport’s greatest racer.

But there is more to this story. As I said, over his life, that track was known as Dale’s most winning track. In the three years that followed that race, Dale and his wife started their own racing teams, building a car for his son, Dale Jr. Then he added a car in 2001 for a racer he personally believed in, the younger brother of his friend Daryl Waltrip.

Michael Waltrip took the track in the Number 15 car to race for a company owned by Dale and his wife on the February 18, 2001 running of the Daytona 500. It was a good race that day and, as the final laps were winding down, the top three cars were Michael Waltrip, Dale Jr., followed by Dale Earnhardt’s car. It seemed so obvious that Dale was in a happy position to watch two cars he owned leading right in front of him. To see his son and his friend and know one of them was going to win it. You could say in years of learning from mistakes, he passed that wisdom on to his son and his friends and now he would see the fruit of that learning.

But as the last corner was rounded, Michael and Dale Jr. took a strong lead and Dale got caught in an accident. The accident would take his life before he got to walk to victory lane with those he loved and had helped with his learning from all those mistakes he made over the years.

This post was kind of long today and I hope you get this great message from a story that I think of every time I think of learning from screw ups, learning from failure, making the improvements to make it better next time. Dale Earnhardt spent his years in racing messing up, learning from it, coming back the next week and trying it again.

Dale was always known as the guy who was in the garage teaching everyone great things to better their races each week. Dale died knowing all he learned was passed on; he watched as those he had taught and believed in the most would go on to win the race in the last seconds of his life.

Over the 20 years of racing and learning, Dale’s cars were some of the most winning cars on the Daytona track. He kept learning after every mistake he made, he built a racing team and company that built cars to win on the track that eventually took his life. I mentioned the other day in a tweet that it’s never too late to learn. Dale was learning and passing on that wisdom that was used to make his teams and the sport a better sport over the years.

Dale knew failure in his life. After two failed marriages, he had a wonderful long marriage to his last wife, Terresa. He enjoyed the life he lived. He was a giver and a great man who learned from his failures. I’m sure if he were alive today I would tell you he still believed his greatest success was his family and one of the greatest things that came into his life was his wife. That was very evident when you saw them together at any events.

When you love your life and love what you do, you will spend your life enjoying what you do and then working to improve until the day you leave this earth. I have lost many friends over the years; the ones that were the greatest friends were the ones who were like Dale. They failed at things, learned from them, gained wisdom, made their lives better, then offered to help me do the same.

Dale Earnhardt was one of my heroes in life. I know he was not perfect, but he led the way with his work to make his world better. I hope from this week you learn to go through the screw-ups, learn from them, try again and succeed.

I’m Tim Gillette, the Rocker Life Coach. It’s time to live your dream, to love what you do, and those you share your life with. Learn from your screw-ups and build success to be the RockStar in your world. 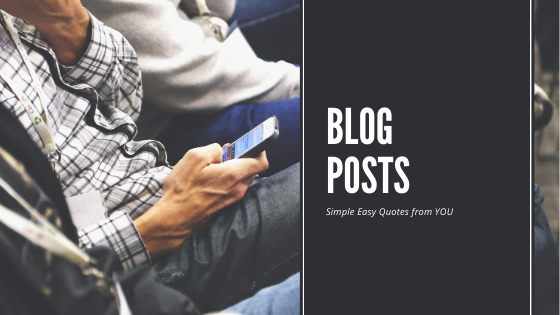